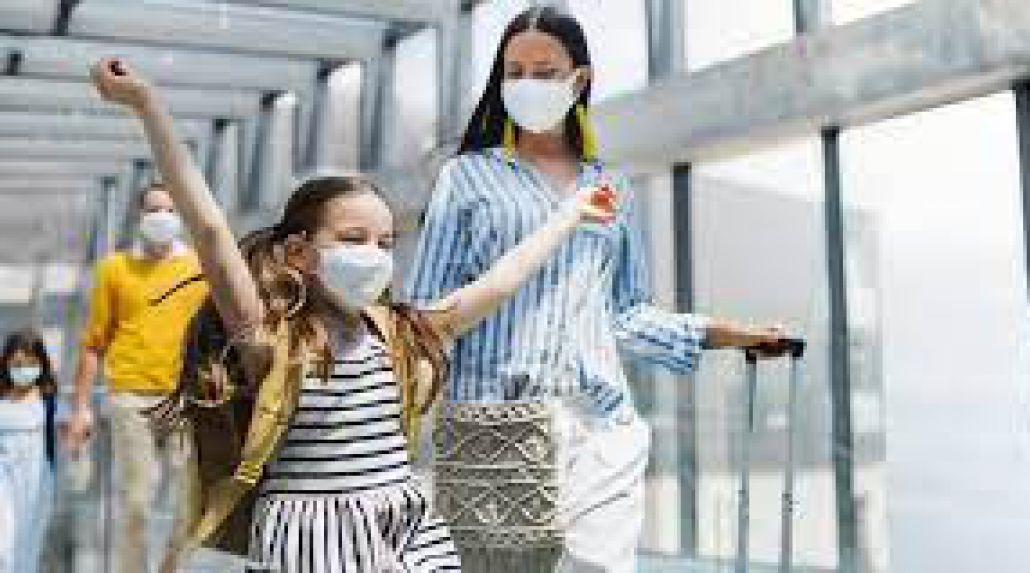 Travel’s recovery is not straightforward. The gap between the top performing countries and those struggling, is widening. We’ve been saying it from early on in the pandemic, but the latest data from the Skift Recovery Index highlights how this is really playing out in front of our eyes now.

The average global Index score took another jump up, now standing at an average of 58 points in April 2021, compared to a baseline of 100 in April 2019.

The index score is a holistic and real-time measure of where the travel industry at-large — and the core verticals within it — stands in recovering from the Covid-19 pandemic. We take over 50 different indicators from 18 data partners from the travel industry to measure how the industry is performing compared to the same time in 2019. We are happy that this month ForwardKeys has joined as a data partner to further strengthen our data coverage of the aviation industry.

What is becoming increasingly clear is the fact that there is major inconsistency in the recovery between the 22 countries we track.

Nowhere in the world is the difference between strong and weak performing countries as obvious as in Asia. China is benefitting from a strong domestic market, and registered 102 million domestic trips during the Qingming Festival in early April. This was 145 percent up from 2020, and close to 95 percent of 2019 performance.

According to the Ministry of Culture and Tourism, domestic travel revenues were up 229 percent year over year. And May is shaping up to be another bumper month, with over 230 million domestic trips taken by Chinese travelers for the May Day holidays at the start of May. 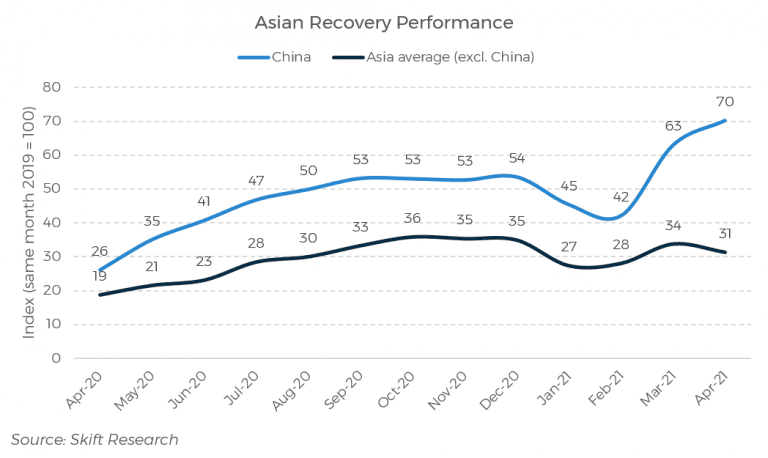 This is in stark contrast with other Asian countries, where travel recovery has been far more conservative. Small flare-ups of new Covid cases are wreaking havoc in Asian countries that have been able to contain the virus for so long.

As our colleague, Editor-at-Large Raini Hamdi, notes: “The continent that sealed up borders, introduced lockdowns, quarantines and curfews, and mandated mask-wearing, social distancing and contact tracing, faces a conundrum. Are these measures, which made Asia a hero of zero Covid, backfiring and turning the region into a lost or hermetically sealed kingdom?”

Two countries performing particularly poorly in April were Thailand and India. Thailand, named as an exemplary country for its containment of Covid by the World Health Organization last year, saw average daily new cases increase from 91 in March, to 1,200 in April. The country has increased quarantine rules from seven to 14 days for incoming travelers, effectively cutting off any possibility of a quick resurgence in international travel for now.

India needs little discussion, at present battling the worst outbreak of any country in the world. Average daily new cases were as high as 230,000 in April, and there are real questions on whether this second wave will cripple the travel industry so much that many companies won’t be able to survive and benefit from the recovery which will ultimately come.

More on our blog ⟶

The travel industry's pandemic interregnum period is over. It's time to travel